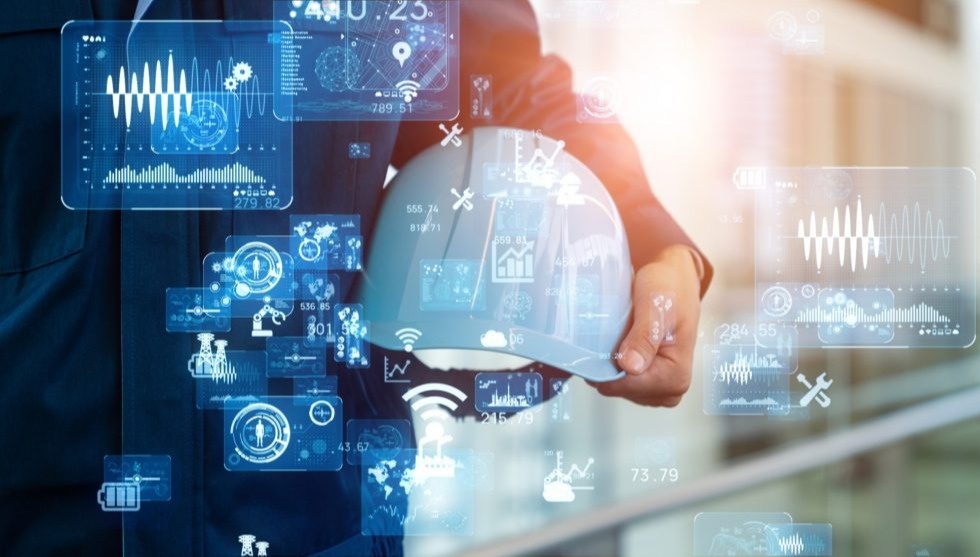 Stagflation in the 1970s

Stagflation is the coexistence of high inflation, and a high unemployment rate, with a slow, stagnated, or even negative economic growth. Economists have defined two periods as stagflation in the 70s: 1974 - 1975 and 1978 - 1982. 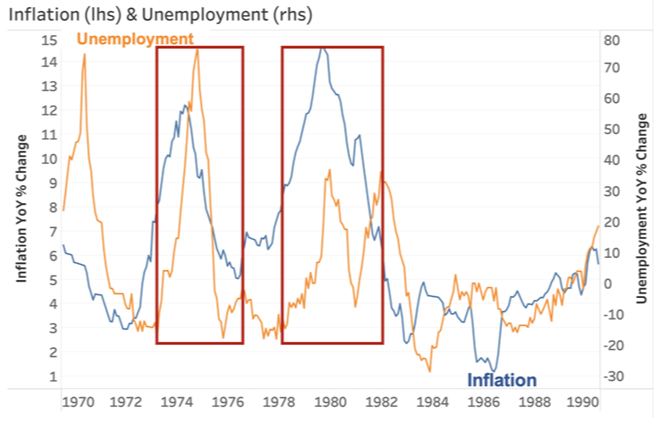 Cause of Stagflation in the 1970s:

Economy: The U.S economy started to fade by the end of the 1960s (Post-World War II) due to several reasons:

The Nixon Shock: in 1971, the president Richard Nixon took a series of actions aiming to achieve better employment and economic condition in hope of pushing down the inflation and protecting the US dollars to combat the great depression. The series of actions include

Oil Embargo: On Oct 19th, 1973, the 12 OPEC members agreed to establish an embargo against the U.S because of two actions taken by the US administration:

Assets Performance during the Stagflation 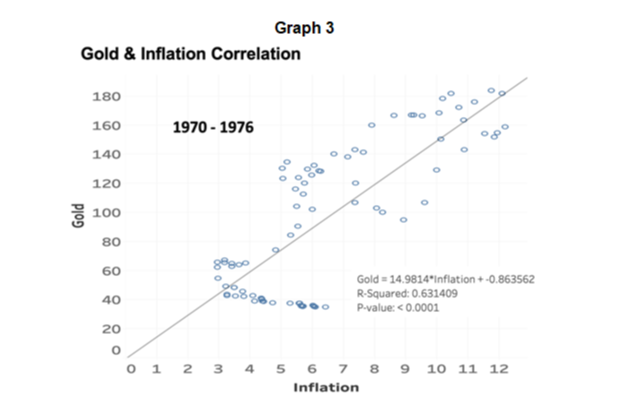 Another asset type which draws attention during the stagflation period was Commodities. During the 1970s, agricultural assets like farmland have appreciated. According to the US Department of Agriculture, the average price of US farmland was $137/acre in 1970 and had risen to $737/acre in 1980. However, the return has not taken into consideration the return of the crop yet. Not to mention how the price of beef has also doubled, with the corn prices nearly tripled, and wheat prices quadrupled at the same time period. 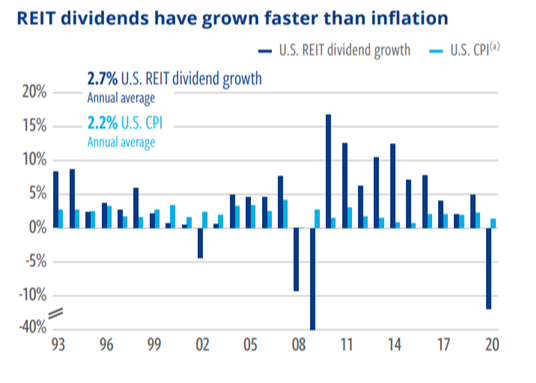 Similarities between the Circumstances of 1970s and Today

High inflation: The YoY percentage change in the US consumer prices index in March is the highest since 1980s 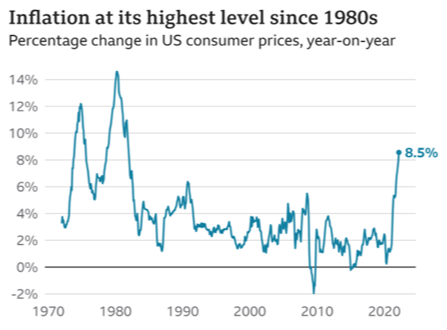 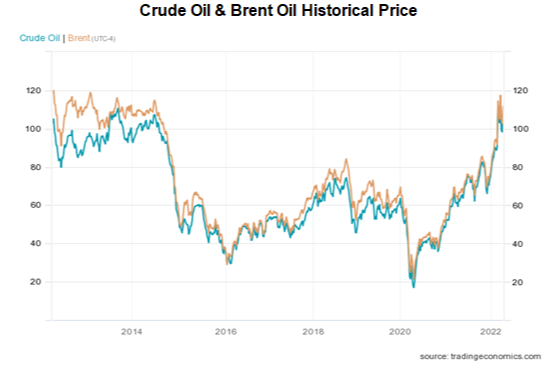 Supply Chain problem: A 2.5 Real Inventory-to-Sales Ratio indicates that the retail stores have enough merchandises on hand to cover two and a half months of sales 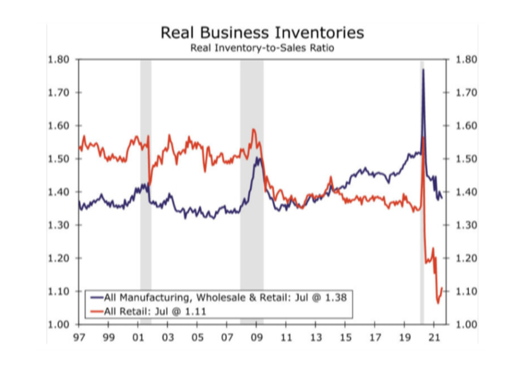 The US economy is far away from stagnating. Research from Wells Fargo Securities shows the forecast of real GDP growth at 3% in 2023. 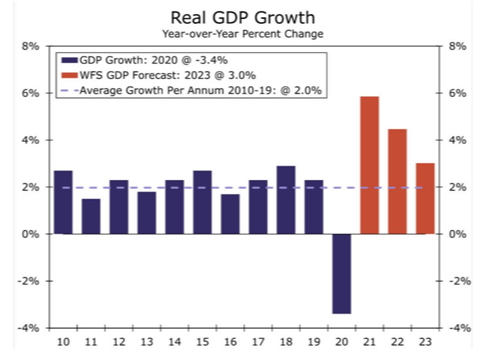 Unemployment: As of April 1, 2022, the unemployment rate has dropped to 3.8%. There is a gap between the supply and demand of workers in the tight labor market. For example, Walmart increased the average starting pay for truckers from $87,000 to $110,000 to attract workers. If employers continue to hire, the unemployment rate is expected to remain low. On the supply side of the workers, the wage bargain power is less compared to the 70s. Thus, the upward spiral in wages like the 1970s and 80s is less likely to occur today. 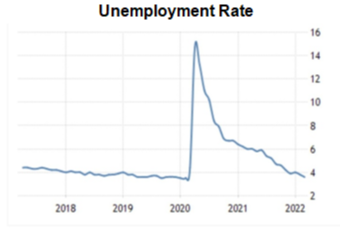 The tight labor market will keep the unemployment low, and the workers won’t be able to bargain up their pay as they did back in 1970s. According to the United States Bureau of Labor Statistics data, the shares of employees who are Union members in the private sector have fallen from nearly 20% in 1980 to 6% in 2020 (Graph 9). The oil intensity (Graph 10) – a measure of how much volume of oil is consumed per unit of gross domestic product, has declined by 56% globally. In other words, today’s economy can handle costlier crude oil without overreaching stress. According to the Fed’s new dot plot after its March policy meeting (Graph 11), officials expect to raise the fed funds rate six times this year. However, the Fed still has a long runway for tightening before the monetary policy could be considered restrictive territory. A soft landing by the Fed is more likely, which separates its behaviors from 1970s. 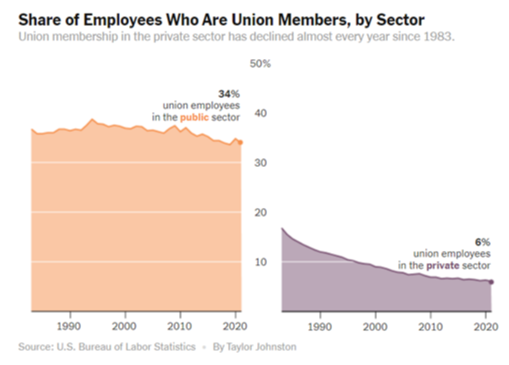 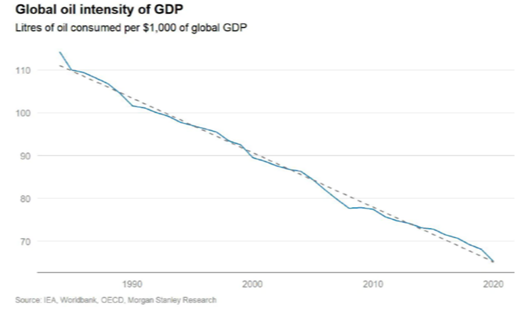 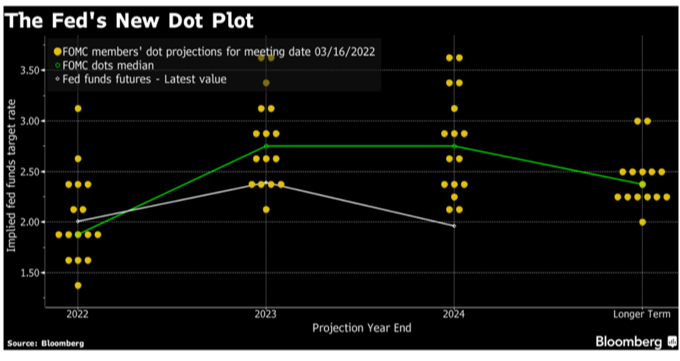 Content in this material is for general information only and not intended to provide specific advice or recommendations for any individual.

This information is not intended to be a substitute for specific individualized tax advice. We suggest that you discuss your specific tax issues with a qualified tax advisor.